Bill’s Corner: When Saying “No” Is Actually Saying “Yes” 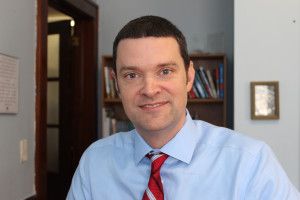 Often I am asked by people about the potential scalability and replicability of Metanoia’s model of asset based community development. None of the principles we use in our work are particularly original to Metanoia, so we ourselves represent a kind of hybrid scaling of other models developed across the nation. Nonetheless, we are fairly original for Charleston and even the state of South Carolina. It seems these questions most often come around my role with Metanoia.

“Yes Metanoia is great,” some say, “but that’s because Rev. Stanfield has certain skills and has chosen to live in the community where he is serving.”

The quiet implication is that Metanoia may have a fundamental flaw ironically located in the supposed exceptional nature of its leadership. I’ve never really bought into this argument for a few reasons. First, I get up with myself in the morning, so I know I’m as flawed and imperfect as the next person. Second, we aren’t reinventing the wheel here. There are people across the nation that have done work alongside communities by moving into those neighborhoods and lifting up organizations that seek to do work with neighborhoods rather than to them. People like John M. Perkins, Mary Nelson, and Bob Lupton paved a way of working with neighborhoods that we still utilize today.

But how do we think about taking Metanoia’s model to greater scale and impact?  Last year at this time a group of local leaders were in the planning stages of launching the Metanoia Fellows initiative. Thanks in large part to the hard work and diligence of Metanoia Advocate Marty Klaper, we pulled together a number of partners Social Venture Partners Charleston, Charleston Promise Neighborhood, Trident United Way, the Coastal Community Foundation. Each of these partners was interested in engaging in a project in partnership with Metanoia to see if we could incubate a new generation of leaders that would be capable of doing asset based community development (ABCD) in the mode of Metanoia’s work. The Metanoia Felllows initiative was to be a two year intensive fellowship offering both training and practice in ABCD.
We met for several days with our partners and developed a rigorous process to recruit and vet three potential Metanoia Fellows who would receive a modest stipend in exchange for their two year Fellow experience. We set up a website to advertise the program and established criteria for our ideal candidates. Perhaps most importantly, we established a fairly rigorous vetting process for potential candidates. This was not a ‘send us your resume’ application process. Candidates had required readings and they had to submit reflections on those readings. The partners understood that it was possible to begin this program in such a way that it could be a threat to Metanoia’s current work and reputation if the right candidates were not hired. To their credit, they named this as a concern and were paying attention to it.

As we began to recruit for the Fellows in early 2015, Metanoia continued to grow and our work was firing on all cylinders. We were handling a major transition in our youth work to a Leadership Academy model that was developing its own daily curriculum and moving to a more robust outcomes measurement system. Our owner occupied repair work had quadrupled in the number of units we were completing and we continued growth in other areas of our work as well. The Fellows could be a big help with this, but this initiative could also soak up a lot of time and effort. If three very qualified Fellows were not identified, we could end up squandering precious time bringing some candidates up to speed.

By the end of the application process, we had twelve candidates that completed the full application in a manner that allowed them to be considered. All of these candidates were passionate and doing their best on the applications. Despite this, it did not seem that we had a full cohort of three candidates whose applications seemed a perfect fit for what we were hoping to do. As we looked forward to the number of opportunities Metanoia was going to be entertaining in the next year, and as we evaluated our current time commitments in doing the work we are accomplishing now, the Metanoia Fellows initiative began to feel like more of a potential drain on resources than a potential capacity building tool. We politely informed the candidates that we had decided not to move forward in the process.

It is never easy to put time energy and effort into something only to later unplug it and not see it launch. But I can already see how saying “no” to launching the Fellows is allowing us to say “yes” to a number of potential new possibilities in the neighborhood (stay tuned for more info on some of these in the next few months).

I have to say a special word of thanks to our key Advocate in all of this, Marty Klaper. Marty was instrumental in getting the possibility of the Metanoia Fellows initiative on the table for us, and he was just as instrumental in establishing rigorous selection criteria. He was heavily invested in the project and a less experienced partner may have wanted to push forward even if we didn’t have an ideal cohort to start the program. Instead Marty was helping us understand that it would be better to not do the initiative than to do the initiative with the wrong group of candidates. 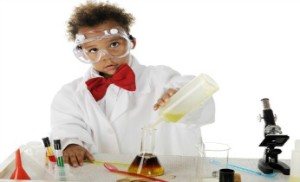 Did this prove that the Metanoia model is not scalable or replicable? Not really. In a scientific experiment, replicability is tested by using the exact
specifications of the previous experiment. In this case the Metanoia Fellows offered something far different than the original package offered to Evelyn and me to help start Metanoia by the SC Cooperative Baptist Fellowship back in 2002. The amount of funding and the duration of funding offered by these churches (they still provide Metanoia funding today that pays my salary and some of our operating expenses), was far greater than that which we were offering to the Fellows.

We have had losses at Metanoia but I don’t really think of the folding of the Fellows initiative as a loss. We learned quite a lot that we will take with us beyond this particular initiative. We learned that there is genuine interest locally in finding ways to scale Metanoia’s model. We learned both the challenges and the gifts that lie within having a plan and not compromising that plan when it could be easy to do so. I certainly was reminded that saying “no” to some things is necessary to say “yes” to other things. I grow more certain every day that saying “no” to continuing the Metanoia Fellows is allowing us to speak a more profound “yes” to the deeper and more core work of Metanoia. 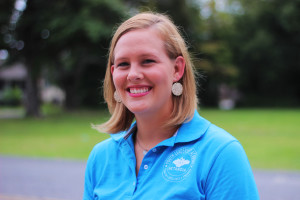 We also learned of one candidate for the Metanoia Fellows named Rev. Elizabeth Bauman. She is a recent graduate of Truett Seminary at Baylor University. She applied for the Fellows program. Though it seemed that the Fellows might not come together, Lizzy, as she is called, also seemed a good potential fit for an Elementary School Coordinator position in our Youth Leadership Academy. The position came open mid-summer even as we were deciding not to start the Fellows. We asked her if she would be interested in this position instead. She is now working at Metanoia and living in the apartment in our Youth Entrepreneur and Volunteer Center on Reynolds Avenue. By all accounts of those working around her, she is a real asset to our work. She believes in Metanoia’s approach of working within communities and seems on her way to being one of the many young professionals we are already training in Asset Based Community Development through our work. Whether you call that luck, or like me you call it providential –
the truth remains that we gained many things from the brief life of the Metanoia Fellows initiative.
Thank you for your continued support of the Metanoia movement.